THE SCREAM OF OLD GOD 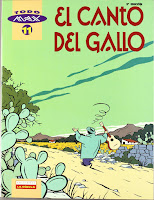 Do you know Pan?

Pan was a god, and an older one. He was older than the oldest Greek gods and goddesses. Long time ago, Zeus tried to discover when Pan was born, but he never knew, because Pan himself didn't remember

Surely you are thinking, hey, is a good thing being a god! but Pan, wasn't a happy god. He was old, and little, and ugly. Too ugly. Horned head, goat legs, fur covered body... The olympics gods, they laughted at him, and maked a lot of jokes about his ugliness. And Aphrodita, the love goddess, played the cruelest jokes of all, because she knew that Pan loved her, and enjoyed tormenting him, waiting to see blood tears flow from his eyes

One day Pan thought, I can't suffer another more joke, I wan't hear another more laugh, an walked away. He walked towards Tartarus, and Hades, the deads god, open his doors, because he felts pity for the poor, little, and ugly Pan.

He walked to the Tartarus bottom and, in the deepest of deep deads kingdom, find a hole. A black and cold hole. And enter in, because Pan didn't want to see the sunlight no more.

Pan  walked in the dark day after day, week after week, deeper and deeper... and, when he had almost forgotten his own face, and his ugliness, unexpectly, he heard a Scream, a terrible Scream that froze her legs and almost drove crazy her heart.

Pan was old, and little, and ugly, bat also he was curious, and his curiosity about the dreadfull Scream was so great that he left no room for fear. So, he walked and searched for the scream origin.

The Scream sounded again, closer, frightener... and desperate. FInally, Pan finded a strange creature, trapped by one avalanche. And the creature saw Pan, and began to cry, because he thought that nobody was going to find him, and he would die there, in the darkness, alone and forgotten.

Pan was old, little and ugly, but also he was strong, very strong. He removed all rocks and helped the Being to get up. He was a black man, with white marks over the skin, and a strange mask, and he said, hello, wanderer, my name is Niame, I live in the Kangaroos land, and I'm a god. And Pan said, hello, Niame, my name is Pan, I lived in the greeks land, and also I'm a god.

The two gods embraced, and then Pan asked, say me Niame, how you becomed trapped? and Niame answered, I find a Hole, and walked in. I lost my way and was trying to orient myself when the rocks fell on me. I screemed for weeks, asking for help, but all beings fleed from my scream. Only you, Pan, had the courage to come. Tell me, Pan, how can I thank you for saved my life?

Pan thought some minutes, and say, give me the Scream.

Next weeks, the two gods walked together, and Niamé taught him the Scream to Pan. At last, Pan hugged Niamé, and walked back to Tartarus, and the Tartarus doors, because he had already forgotten his pain, and wanted to tell his adventure to the other gods.

But, when he come back to the sunlight, saw a battle: The Titans, their chains broken, assaulted Mount Olympus, and the gods, exhausted by the struggle, fell defeated.

Pan took a deep breath and shouted, OLYMPIC BROTHERS, COVER YOUR EARS!!! and next, he released the Scream

Mount Olympus trembled. The gods, his ears covered, they felt that fear shocked their bones. And the Titans fell and rolled down the slopes, and fled with their hearts broken by terror.

Finally, Pan walked a little more, went into the woods, sat on the edge of a pond, washed his furry body, and refreshed his tired goat's feet. And the goods runned to the pond for hug him, and thanked, and asked him where he had got the scream from.

And Pan just smiled, kept playing with the water, and never said

Nobody ever laughed again at Pan. And Aphrodita, sometimes, looked for her company. Because, although she did not love Pan, she loved the mysteries

Today, the gods lie forgotten, and their temples are only dust and stones, but we remembered Pan. Because some nights, me, you, and also you, in the darkness of our nightmares, we listen the Scream. A deep, incomprehensible and terryfyng Scream. The Scream of old. little, and ugly god Pan.